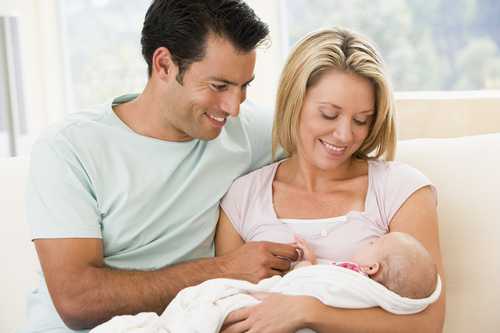 In Broward County, 45% of children are born to unwed parents. And it turns out that our area is not particularly unique – this is a trend that’s taking place across the country.  In the United States, unmarried women make up about 41% of births, which is 2.5 times more than in 1980 and almost 19 times more than in 1940.[1]

Research predicts that 25% of millennials – people born in the early 1980s to early 2000s – will never get married.[2] This despite the fact that about half of them say they would like to get married eventually. As a result of this, the marriage rate is expected to fall to its lowest level by next year.

So why are people opting out of marriage? Here are some possible reasons:

They’re not financially prepared. Many young people are experiencing different, more troubling financial circumstances than their parents and grandparents. Simply put, with the state of the economy and job market, many people are unemployed or aren’t making very much money.

Financial stability is necessary for a marriage to work. If someone doesn’t have the financial resources in place to pay for an expensive wedding or a costly divorce down the road, they may wait until their finances are in place to get married – or choose not to get married at all.

They might think they’re too young for marriage. Or they might think that they want to work on their career first and deal with marriage later. Either way, they have other things going on that have a higher priority. Certainly, once a child enters the picture, those priorities change, but that doesn’t necessarily shift their view of marriage.

Marriage isn’t as important as it used to be. The United States is becoming less religious and more secular.[3] Because of this, living with a partner or having children “out of wedlock” isn’t seen as taboo anymore.

While marriage rates are declining, cohabitation rates are rising – with almost 50% of women admitting they lived with a partner as a first union.[4]

They haven’t found the right person. The top reason for millennials bailing on marriage has to do with them not finding what they’re looking for in a partner. The idea of being married forever has resulted in people paying careful attention in selecting someone. They don’t want to skimp on certain qualities and take a chance on a partner only to have to go through a divorce later – even if they have a child with that partner.

These days, with the structure of the so-called “nuclear family” changing, families can be anything we want them to be. People are content to have kids now and get married later if they determine it is right for them.

Do what works best for your family, but always remember that since you’re not married, this may impact your parental rights and obligations. Contact a family lawyer today to discuss any concerns you may have regarding your rights as an unmarried parent in Broward County.