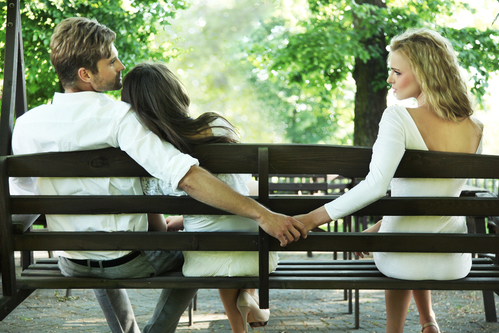 Movies, television shows, and popular culture always seem to emphasize the impact an affair can have on both a marriage and a divorce. But is what’s being depicted actually true?

Florida is a “no fault” divorce state. What the “no fault” part means is that either spouse can get a divorce without having to provide a reason. The only necessary reason is that the spouses no longer want to be married to each other and the marriage is “irretrievably broken.”

Why does Florida do this?

There are two main reasons. First, it relieves the court from having to make a ruling as to which spouse is at fault for the divorce. And second, it allows the couple to keep their personal issues private instead of having to discuss them in court.

So while an affair doesn’t technically impact the actual divorce, it can impact aspects of the divorce leading to a divorce settlement.

Just as Florida is a no fault divorce state, we are also an equitable distribution state when it comes to the division of marital property. That means that the property will be divided equally, starting with a 50/50 split.

If one spouse is seeking alimony in the divorce, there are a number of factors the court will look at – income, standard of living, length of marriage, earning capacities, contributions, and responsibilities – to decide if and how much alimony is necessary. One of those factors is adultery, and it is specifically stated in 61.08 of the Florida statutes.

It has been difficult, though, for courts to resolve this issue while also being a no fault state. So courts tend to look at how the affair impacted the wronged spouse’s life and whether that impact should influence the amount of alimony awarded.

When making decisions about parental responsibility and time-sharing of children, the court also looks at a number of factors to determine the amount of time the child will spend with each parent. The “moral fitness” of each parent is one of the factors that could have some influence with the court.

If one parent can show that the affair has affected their child in a negative manner or will affect their child negatively down the line, the court might limit the adulterous parent’s time or visitation with the child.

Divorces can be difficult for both parties, but when an affair is the cause of the divorce it can be especially tough. While an affair won’t directly affect your divorce per se, it can certainly impact aspects of the divorce. Reach out to an experienced Broward County divorce attorney today to see the role an affair plays with your division of property, alimony, and children.